Here, in words and pictures, are a half-dozen of my favorite quotes from

Some of these I made using WikiQuotes as the source for quotes and WikiPedia as the source of the underlying profile picture. Others I selected from among billions readily found in a Google image search. They should proliferate with abandon, in my humble opinion!

Perhaps you feel General Mattis lacks a certain nuanced approach to engaging with others in the world we all share. Maybe his directness makes you uncomfortable. I understand that. No one thinks James Mattis would be a good candidate for Secretary of State. No one including Mad Dog himself would consider the man a diplomat. Here's the bottom line: when diplomacy fails and it's just you and the other guy and only one will survive, who are you going to call? John Kerry? Or James Mattis? 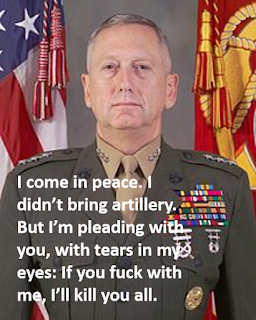 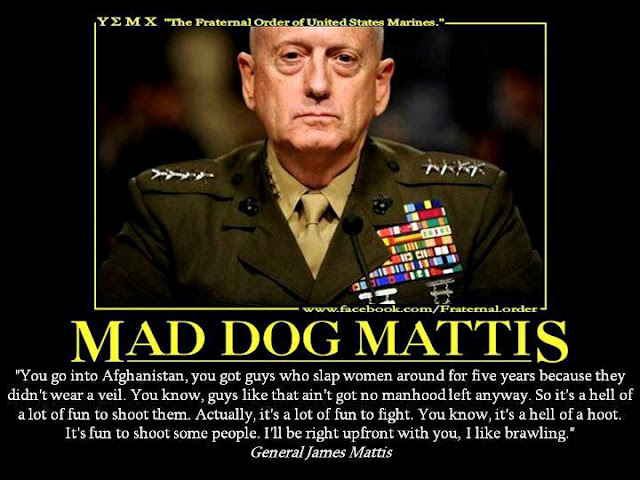 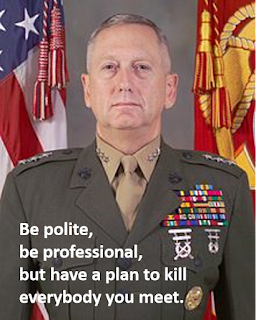 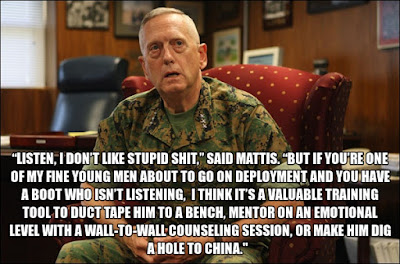 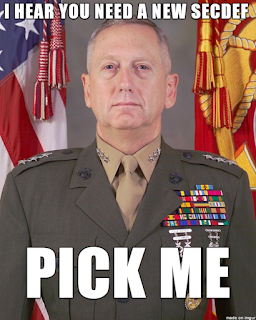